Nonverbal Communication in the 1970s

This book is the sequel to Understanding Body Movement: An Annotated Bibliography (New York: Arno Press, 1972; reprint Bloomington: Indiana University Press, 1982). When that work was completed ten years ago, it was easy to predict that publications would increase exponentially. The number of dissertations alone has grown 100-fold in ten years. The number of books on nonverbal communication published in this decade has created a small crisis in title selection—there are just so many ways one can say “a book on nonverbal communication.”

It was also apparent in 1971 that there would be a massive shift to traditional experimental design and away from the few films-observed-endlessly studies of the 1960s. This bibliography shows the dominance in the 1970s of research psychologists who applied more rigorous methods of assessment, sampling, manipulation, and statistical analysis to the study of nonverbal behavior. It is also a decade of few-variables research. The subject index shows the overwhelming number of annotations devoted to gaze and/or personal distance measures alone. Studies which assess several parameters usually do so in a fairly simple way (for example, number of gesticulations, open or closed body positions, frequency of eye contact, number of head nods).

What couldn’t be so clearly predicted in 1971 were the subtle shifts in content and emphasis. At that time it seemed useful to overview the “field” in terms of traditional academic disciplines or major subjects within them: developmental patterns, expression of the emotions, personality and psychodiagnosis, psychological interpretation of gesture, interaction and communication, cultural characteristics, and animal behavior (Davis, 1972). Scanning the work now, it seems a decade of special topics that captured the imagination and energy of many and that reflected the social concerns of the 1970s.

In the 1971 bibliography there were 68 subject-index entries for “sex differences”; in this one there are 239. More important, however, sex differences are no longer side observations in studies dealing basically with other subjects. They are the key topics of many studies in the 1970s, and no doubt this reflects the influence of the women’s movement. The works on gender differences in nonverbal communication reported here create a motion picture of what different social worlds men and women occupy; how minutely and constantly they differ in all manner of nonverbal behavior—visual, facial, spatial, tactile, postural, and so on, and how pervasive are the interaction contrasts and complementarities between men and women.

Facial expression of emotion remains a principal area of research, led by the work of Paul Ekman and Wallace V. Friesen. The debate concerned with whether there are a few universally recognized facial expressions has given way to study of facial movement patterns as they occur in varying contexts and to the development of extremely refined observation techniques for assessing the nuances of expression.

In the 1970s a considerable body of literature formed on the subject of “intimacy” or interpersonal closeness—how it is established, defended against, regulated. In this topic, gaze and distance measures—the most commonly studied variables throughout the nonverbal communication research of the 1970s—are usually examined together. For example, in the “equilibrium theory” extensively tested in ’70s research, a relationship is posited between increased interpersonal contact (often literally moving closer to) and defense (often seen as decreasing or averting mutual gaze).

Another key topic is nonverbal “leakage” and “clues” to deception. Although body language has been regarded as a source of cues to unconscious or unintended communication at least since Freud analyzed “chance acts,” studies of cues to conscious deception have become rigorous and extensive in the 1970s. Also, a rich literature has accumulated in a related area-which “channels” of communication (such as vocal, visual, tactile) take precedence when messages are discrepant between channels, and what are the relationships between various channels in impression formation, person perception, and message “encoding” processes.

The distinction between “decoding” and “encoding” nonverbal behavior is a common one in the 1970s literature. Encoding ability (as in facility in expressing affect, degree of animation, nonverbal social skills) is increasingly examined. Decoding ability (patterns of perceiving, recognizing, interpreting nonverbal behavior) has been researched particularly by Robert Rosenthal and his colleagues. Rosenthal’s Profile of Nonverbal Sensitivity (PONS) is the most extensively tested and utilized instrument in nonverbal communication research. Work on the PONS, in particular, and nonverbal aspects of person perception, in general, is generating new evidence of how different groups perceive the same behavior.

Despite the proliferation of single-variable studies, there are signs already in the 1980s of a trend toward a synthesis of the elaborate multivariable film studies of the 1960s and the experimental rigor of the 1970s. Some have begun to do rich sequential recordings, computer analyzed for pattern and/or assessed with more sophisticated multivariate statistics. This trend is particularly clear in sophisticated mother-infant interactions research in which microanalysis of films is a well-established approach. Careful, repeated viewing of the intricacies of facial expression, touch, orientation and spacing, synchrony and echoing of actions between infant and mother appears most salient for studies concerned with bonding and rapport. Developmental psychologists have discovered a structure of “protoconversation” in the interaction of mother and infant and have begun to look at action and gesture within the context of interaction for an understanding of the way in which language is acquired. There is also a growing body of knowledge of “developmental kinesics,” although the bulk of the studies on developmental stages of nonverbal communication are limited to personal space measures. Within the observational studies of classroom, cafeteria, and playground there are a notable number on handicapped children, particularly those who are retarded.

The influence of the ethological approach and method is evident in the mother-infant and developmental studies and in the careful study of face-to-face interaction, particularly adult conversational behavior. Naturalistic observation, from Charles Darwin on to Birdwhistell (1974) and Scheflen (1972), has been essential to bodymovement research, and modern ethological study continues this tradition best through the experimentalism of the ’70s. Studies of the organization of face-to-face interaction reveal how speech and body movement are subtly integrated in communication. Along these lines, research on conversational behavior describes the ways in which verbal interaction is maintained and regulated by extra-verbal cues. This is the decade in which terms such as “back-channel” behavior, “turn-taking cues,” “monitoring,” “interactional synchrony” and “mirroring” became the focus of many special studies. Language and gesture have seemed to move closer together in this decade. There have been an increasing number of studies of the role of gestures in the production and facilitating of speech, the relationship of movement to thought and cognitive processes, and the investigation of body and eye movements in relation to brain laterality and verbal or visual tasks.

Movement and language are integrated in a unique way in gestural language. Specialists in semiotics and in sign-language study have in this decade produced a fascinating literature on nonverbal signs and formal sign languages. Embedded in this literature are clues to how body movement can reflect and help structure thought; can possess a syntax and “vocabulary”; can cue intent, subliminal reinforcements, and so on. Since William Stokoe’s seminal work in the 1960s there has been a flowering of studies on aboriginal, Native American, monastic, and job-related sign languages, as well as investigations of the linguistic properties of American Sign Language (ASL).

Interest in sign language has been spurred on in the ’70s by an interest in the communicative abilities of animals, especially primates. The controversial attempts to teach language to apes, especially with signs, has generated speculation on the original emergence of language from gesture. Apart from these theories and studies dealing with language, the investigation of the many nonverbal channels through which animals communicate continues to receive a great deal of attention.

Much research on nonverbal communication in the 1970s can be characterized as a proliferation of few-variable studies scattered piecemeal through diverse journals. But as a whole it adds up to overwhelming support for the role of nonverbal behavior in the maintenance of gender differences, the expression of rapport and liking/disliking, the regulation of social encounters, and the delineation of cultural identity, to name a few of the most powerful results of the research. It has in the past decade become an established topic, important to educators, counselors and psychotherapists; specialists in intercultural communication training; environmental psychologists; and many others. The profession of dance therapy which came of age in this decade depends on this research and has begun to contribute greatly to it. It is a regular part of communication courses and increasingly is accepted within academic circles as a serious subject, not a trivial fad. Books on communication seem obliged now to have a chapter on nonverbal communication. Although grant funding has been tight, especially since the late ’70s, researchers do not have to defend so vigorously the relevance and importance of the subject as the pioneers had to just a few years ago. 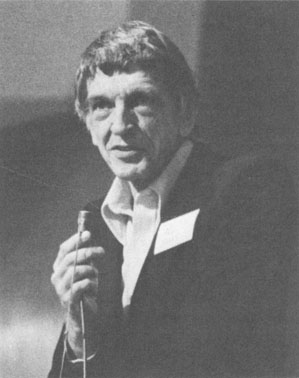 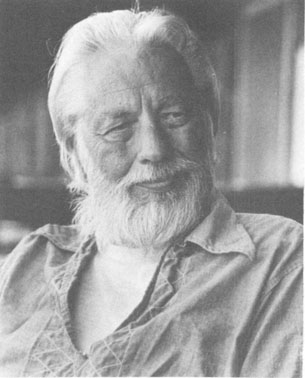 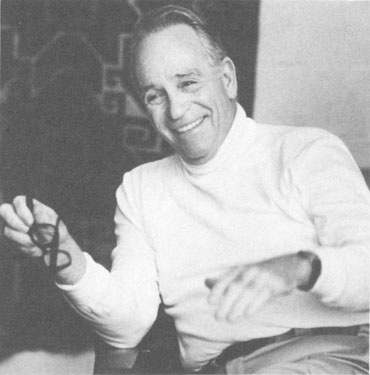 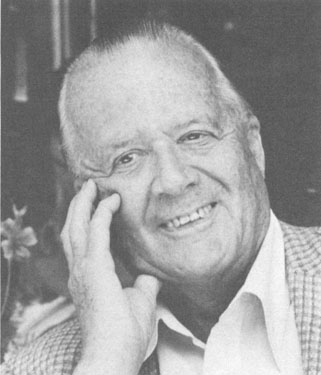 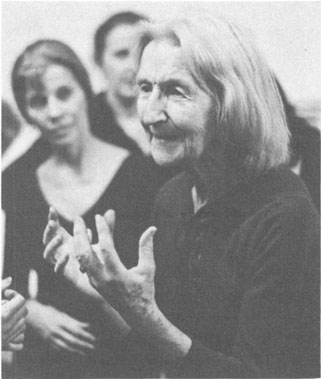 By 1980 it was possible to look back and identify those who directly or indirectly pioneered the curent heyday of nonverbal comunication research. Some of them—Ray L. Birdwhistell, Eliot Chapple, Irmgard Bartenieff, Erving Goffman, Edward Hall, Paul Ekman, William Condon—continue to generate an astonishing range of ideas and fruitful research. Others—Margaret Mead, Albert E. Scheflen, Gregory Bateson—have died. Perhaps it’s the halo effect of time, but these who initiated so much seem more colorful personalities, more daring and innovative minds. They were visionaries even when they seemed hopelessly mired in two seconds of a single encounter on film. Their influence on the nonverbal communication research of the 1970s is everywhere to be seen.

Looking ahead to a new decade of research, it is tempting to make predictions that are half educated guess and half wish. The signs of the times point to a synthesis of advanced statistical methods and complex descriptions of the ongoing behavior stream. “Developmental kinesics” and the study of “kinesics acquisition” as pioneered by Walburga von Raffler-Engel and her colleagues should come of age in the 1980s. By 1990 there should be far more documentation of cultural differences in nonverbal communication and rich descriptions of diverse cultural movement styles such as were promised as early as Boas’ work with the Kwakiutl in the 1930s and Efron’s dissertation on Italian and Jewish gestures in the early 1940s. Specialists in intercultural communication will increasingly demand good research in this area. The 1980s should be a decade for development of curricula and training in nonverbal communication research. Training films and videotapes are badly needed. Hopefully, many sophisticated films and videotapes on this subject which requires visual presentation will be produced in the next 10 years. And finally it is tempting to predict that the field will grow from the “this topic would be good for (psychotherapists, teachers, business people, diplomats, and so on)” stage to specialized training programs that are tested for value and effectiveness. 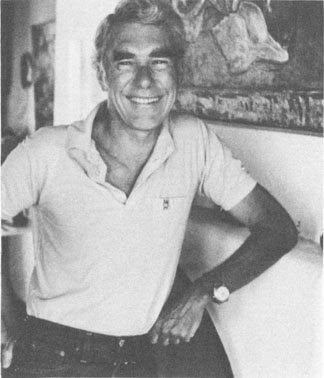 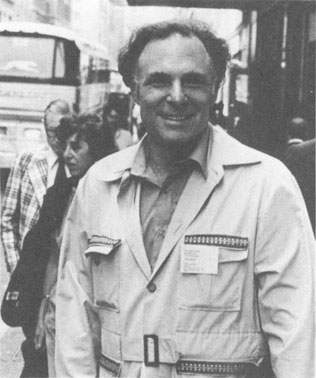 In 1972 Davis wrote: “A bibliography of literature on body movement is really words about words about what is nonverbal; thus, there is a danger of losing sight of the original event.” This still seems a problem and one that is exacerbated by the fact that in the current bibliography there are so many more experimental studies. But reading between the dry lines of sample procedure and experimental interventions, statistical assessment and predictable results, one can see the liveliness and excitement of the subject anyway. The behavioral study of body movement is not an abstruse subject. It’s as vital as a greeting, a glance, and a smile.