Here I am in New York.

The hotel on Fifth Avenue where I am staying certainly deserves a few words of description. In Europe people have no idea of this kind of establishment. Everything is at hand, each room has a cabinet de toilette, a bath, and a mysterious place which the initials W. C. will describe sufficiently.

The ground floor of the hotel is an immense bazaar, a city of merchants, where all trades are represented. There is the hotel barber, the hotel hatter, the hotel tailor, the hotel pharmacist, the hotel bookstore, and even the hotel bootblack. You can enter a hotel as naked as Adam before the apple, as hairy as Absalom before the tree, and you can come out as well-dressed as the famous Count d’Orsay of fashionable memory.

You can find everything in that Fifth Avenue Hotel, everything; except a person who can speak more than one language. The polyglot is completely lacking. Among the two hundred waiters serving in this gigantic establishment, you would look in vain for one who can speak French. It is most inconvenient for those who don’t know any English. But on the other hand, what a lot of conveniences.

For twenty dollars you have a bedroom and a sitting room, with accessories I have just mentioned, and the right to eat all day long. From eight to eleven, breakfast; from noon to three o’clock, lunch; from five to seven, dinner; from eight to eleven o’clock in the evening, tea. To take your meals you go to the dining room on the second floor. As soon as you appear at the entrance of this immense room where fifty tables are lined up, a tall maitre d’hotel comes to meet you and points out the table where you are to sit. Don’t try to resist, don’t have any ideas of your own or preferences for one corner rather than another, you must submit, that’s the rule. Le maître d’hôtel est le maître de l'hôtel. He will seat you beside any person he pleases and you have nothing to say.

So you sit down. The waiter doesn’t ask you what you want. He begins by bringing you a big glass of ice water; for there is one thing worthy of notice in America, that among the fifty tables in the room there is not one where people drink anything but ice water. If by chance you should see wine or beer in front of a diner, you can be sure he is a European.

After the glass of water, the waiter presents you with a list of the eighty plats du jour—I am not exaggerating. You make up your menu by choosing three or four, and —this is the comic aspect of the thing—everything that you have ordered is brought to you at the same time. If by an oversight you have forgotten to mention the vegetable you want to eat, you will be brought all fifteen of the vegetables on the menu, all at the same time, so that you find yourself suddenly surrounded by thirty plates, soup, fish, meat, innumerable vegetables, jam, without counting the rearguard of desserts, which is always made up of about ten varieties. All of these are drawn up in battle array before you, defying your stomach. The first time it makes you dizzy and takes your appetite away completely.

I won’t say more, for the moment, about American hotels, reserving the right to give a detailed description later. Besides, since I have just come off the boat, I haven’t had the leisure to observe very much. I breakfasted in a hurry because I had only one idea, one desire; that is to see the famous covered garden in which, as Bilboquet would say, I was to exercise my talents.

So I ran to the Gilmore Garden.

Imagine an immense covered garden, filled with a thicket of tropical plants, where stands a platform for an orchestra of a hundred or a hundred and twenty musicians. All around, grass, flowers, flowerbeds, through which the public can circulate freely. Immediately opposite the entrance door a large waterfall amuses people during the intermissions. It imitates Niagara during the entr’actes. The corners of the garden are occupied by little chalets, each having room for seven or eight people, which very cleverly take the places of boxes in a theatre. A large gallery with ordinary loges and seats that rise by tiers enables those who like to look and listen from an elevated place to satisfy their taste. The general impression of the garden recalls somewhat the old Jardin d’Hiver which once had so great a vogue in the Champs-Élysées. The hall can contain eight or nine thousand people. I should add that it is brilliantly lighted. Colored window panes make rainbows, a most picturesque effect. 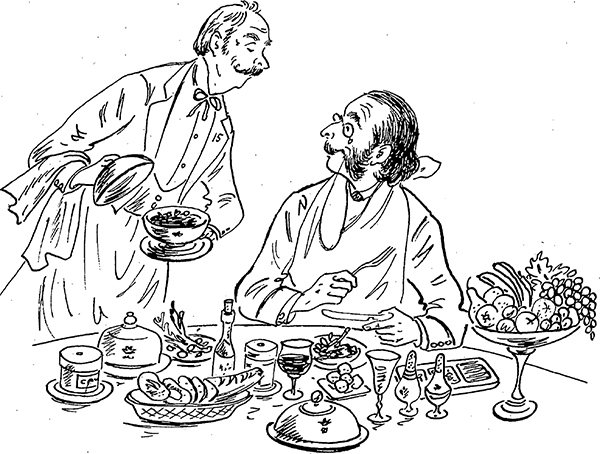 Delighted with my concert hall, I asked Mr. Grau, the director, some details about the orchestra I was to conduct. He answered, “We have hired the hundred and ten musicians you asked for, and I can assure you they are the best in New York.” I soon saw that he had not deceived me.

I had the rare good luck to be liked by my orchestra from the very beginning. This is how it happened. The musicians here have a vast and powerful organization, a society outside of which there is no salvation. Every individual who wants to play in an orchestra must first of all become a member. There are no exceptions, from the orchestra conductor to the drummer inclusive, everybody must belong.

I had been warned about this state of things by Bouard, who had already conducted one or two rehearsals and who had been forced to join the association in order to be able to conduct.

Upon my entrance into the hall the musicians gave me an ovation. I thanked them in a few words.

We began the rehearsal with the overture to Vert-Vert. I had scarcely played sixteen measures when I stopped the orchestra and addressed the musicians: “Pardon me, messieurs,” I said to them, “we have scarcely begun and already you have failed in your duty!”

“How’s this! I don’t belong to your association, I am not one of you, and you allow me to conduct?”

Thereupon great hilarity. I waited for them to stop laughing, and I added, this time very seriously, “Since you have thought you should not speak to me about it, it is I who ask you to receive me into your organization.” They protested. I insisted, saying that I completely approved of their institution, and I should consider it an honor to belong to it.

Prolonged applause greeted my expression of this desire. I had won over my orchestra. Henceforth we were like one big family and the most perfect harmony continued to exist in all our relationships. Besides, I am very pleased to state, the orchestra was a superior one. For each of my works two rehearsals were always sufficient to assure a brilliant execution. 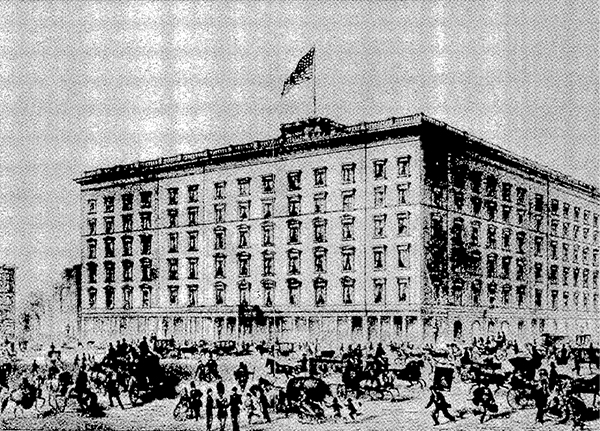 The House, The Street, The Cars