The building where I was to give my concerts was a covered garden newly constructed after the model of the Gilmore Garden but smaller. The same platform, the same waterfall, the same Niagara, the same colored windows, even the rustic lodges. Among the resemblances, the one which pleased me the most was that I had some of the same musicians in Philadelphia whom I had in New York. To be sure, there were fewer of them—seventy-five instead of a hundred and ten—because the room was smaller. They had asked my permission to call it “Offenbach Garden.” I could not refuse.

Offenbach Garden was just as favorable to me as Gilmore Garden, the same enthusiasm, the same encores, the same brilliant concerts. The day after each performance, the newspapers overwhelmed me with praise. Only once did a paper strike me in a very sensitive spot. Speaking of my appearance, my very suitable attire—black coat, black trousers, white tie, the critic called attention to the fact that I was wearing pearl-grey gloves. His observation was correct. I must admit in all humility that I have worn white gloves only four times in my life: once as best man at a wedding, once the day of my own marriage, and the other times at the weddings of two of my daughters.

You will remember that on Sunday concerts are not allowed any more than other amusements. One fine day the proprietor of the Garden came to tell me that he had obtained authorization to give a religious concert. “I am counting on you,” he told me. “I have already had the posters printed. Look!” And he showed me a card which I am transcribing word for word for the greater amusement of the reader, on the facing page.

For a week, my Grand Sacred Concert was advertised in the four corners of the city. Meanwhile I had made up my program, a very pretty program. 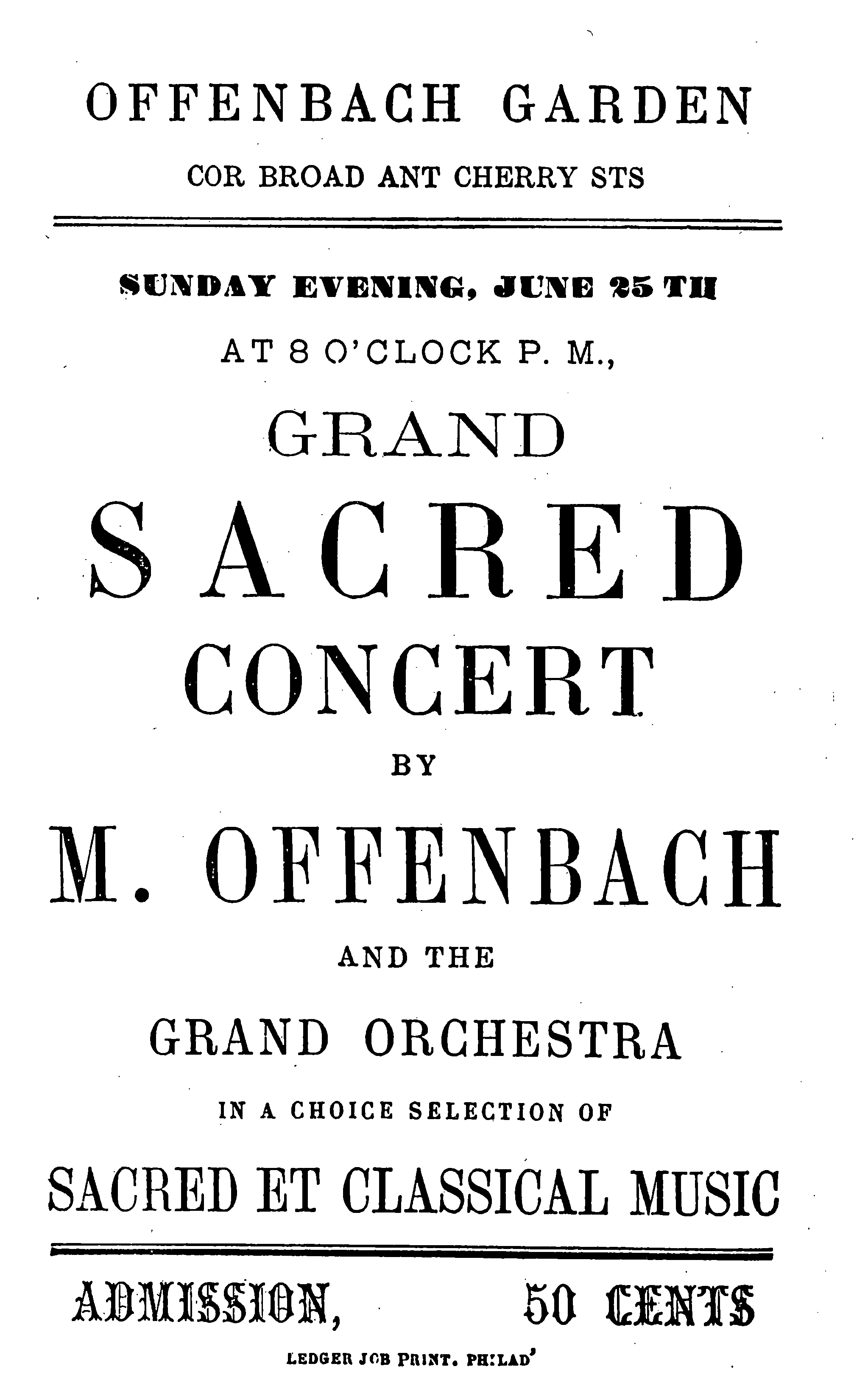 Unfortunately, the license was withdrawn at the last moment. I regret that this project came to nothing, because I am convinced that my Sacred Concert would have had great success.