Milii Balakirev (1836-1910) had a complex relationship with Musorgsky. Balakirev underestimated his student and was always ill disposed toward his works. All this is reflected in this short memoir, written at Stasov’s request.

[My collaboration with Musorgsky] rests on the following: we played piano duet versions (he was a superb pianist) of all the musical repertoire that existed at the time—classical, ancient, modern. Principally we performed Bach, Handel, Mozart, Haydn, Beethoven, Schubert, Schumann, Berlioz, and Liszt. Due, in part, to my own efforts, he was already well acquainted with the music of Glinka and Dargomyzhsky. Furthermore, I showed him the forms in composition.1

Since I had not been trained in musical theory, I could not teach Musorgsky harmony . . . but I could explain the form of a composition. With that in mind, we played Beethoven’s symphonies and many pieces by Schumann, Schubert, Glinka . . . concentrating on the analysis of the form.2 If my memory serves me well, he paid for very few lessons. Somehow, for reasons I no longer remember, the lessons always turned into friendly discussions. His first works did not escape my critical hand. Thus, I helped him and explained orchestration to him, when he was composing the B-flat scherzo. . . . Since I was unable to explain the principles of voice leading to him, i.e., harmony, I simply made corrections here and there when I felt that something was amiss. And such was the situation up to the time he composed Boris.3

After 1870, I had every reason for losing my ties with our circle,4 but as long as Musorgsky and Borodin were alive, the separation was not obvious; however, when they died, the break became definite. As far as who was right and who was wrong, let time be the judge. 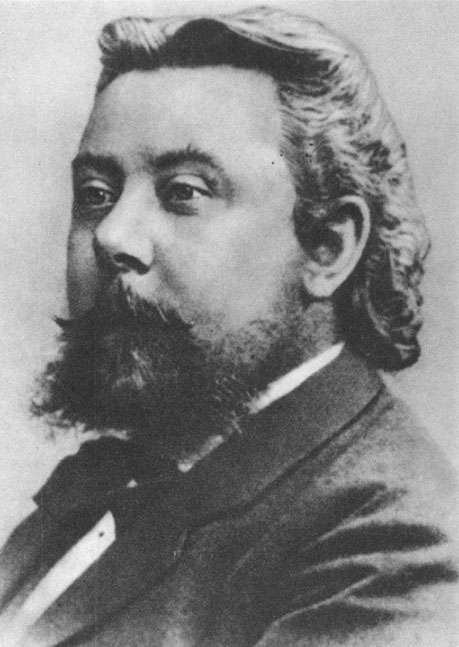