The following transcriptions are the songs recorded at Indiana University in 1953 by the writer, and sung by Iwan Jewskij (see Sec. 1, preceding). The recordings are deposited in the Archives of Folk and Primitive Music, Indiana University. Duplicate recordings of the same songs are not transcribed here.

Concerning detailed information about the informant, and his background, see Sebeok and Ingemann, pp. 18-23. 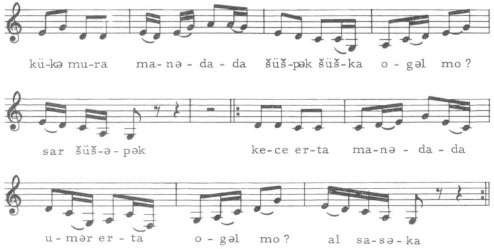 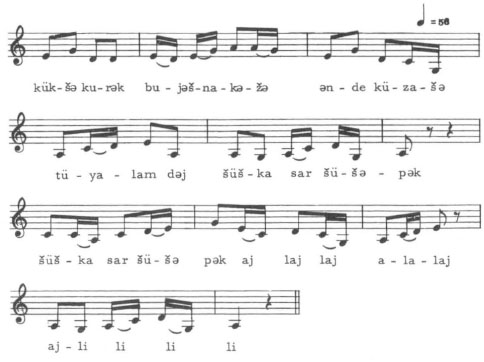 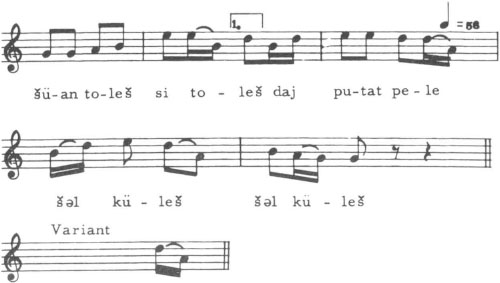 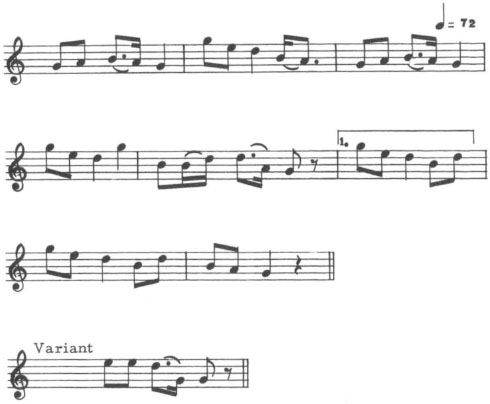 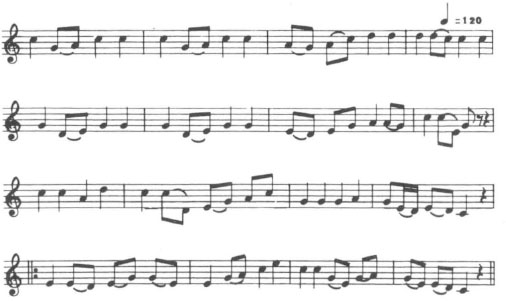 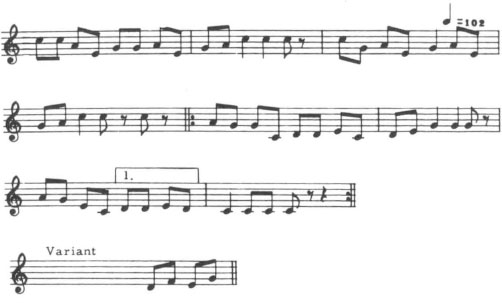 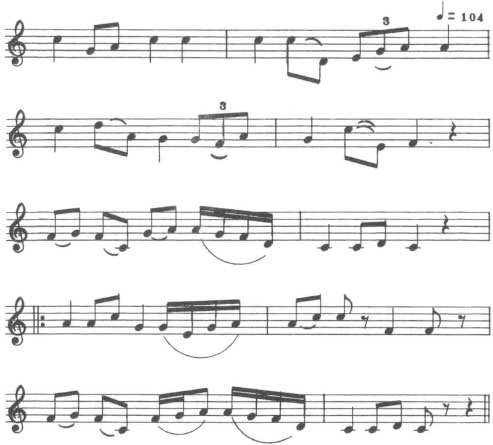