Maria Theresia von Paradis was born in Vienna, the daughter of Imperial Court Secretary Josef von Paradis and goddaughter of Empress Maria Theresa, for whom she was named. Although she lost her sight at an early age, Paradis acquired the education necessary for a career in music, studying with some of the most prominent musicians of her day. Piano lessons from Leopold Kozeluch, vocal training with Vincenzo Righini and Antonio Salieri, and instruction in theory and composition from Salieri, Abbé Vogler, and Carl Friberth prepared her for her long career as a virtuoso pianist, singer, composer, and teacher. After performing in Vienna at public concerts and private musicales, in 1783 Paradis began an extended European tour that took her to such major musical centers as Paris, London, Hamburg, Berlin, Prague, and Salzburg. Mozart was so impressed with her playing that he undertook to write a piano concerto for one of her Paris concerts. Unfortunately, the work—the Concerto in B-flat major, K.456—did not reach her in time, and Paradis apparently never had the pleasure of performing it.

Paradis ended her concert tour in 1786 and returned to Vienna. Although she continued to perform until she was nearly 50, she never undertook so long and strenuous a journey again. Instead, she turned increasingly to composition, using a pegboard system invented for her by her friend and librettist Johann Riedinger. In addition to the songs she began producing during the years of her grand tour, Paradis wrote operas, cantatas, choral pieces, piano concertos, and chamber and keyboard works. (Two piano sonatas, labeled Opus 1 and 2 and mistakenly ascribed to her, are actually by Pietro Domenico Paradisi, an older contemporary.) Paradis’s works were performed publicly in Vienna and elsewhere, but only some of her songs and a fantasy for piano were published during her lifetime. Manuscripts of several unpublished works, including two of her theater pieces and the piano concertos, are no longer extant.

In 1808 Paradis founded a music school for girls, whose Sunday concerts drew many members of Viennese society. Though she continued to compose until at least 1813, teaching had become her primary musical activity. Intelligent, well educated, fluent in several languages, Maria Theresia von Paradis well represents the culture of eighteenth-century Vienna.

Paradis wrote “Morgenlied eines armen Mannes” between 1784 and 1786, while she was on her extended concert tour of Europe. It was published in 1786 by Gottlieb Emanuel Breitkopf of Leipzig as part of a collection of twelve songs that were to become their composer’s best-known works. Paradis was only in her twenties when she set this rather melodramatic text, but her music shows a distinctive empathy for the sentiments expressed. The poem, by Johann Timotheus Hermes, was originally part of his popular novel Sophiens Reise von Memel nach Sachsen (1769-73). Paradis sets this lament strophically, an approach that leads to some problems of textual continuity in stanzas 2 and 4, when the piano interlude divides ideas that belong together. Yet strophic songs were the norm at this time, and performers and listeners doubtless took such irregularities in stride.

Although Paradis repeats some ideas exactly or sequentially, her melody is essentially through-composed and reflects the pathos of the poem in a general rather than a specific way. The opening phrases do present the broken speech of a man just awakening from a troubled sleep, but one might expect the rest in m.5 to separate the syllables of “Sehnsucht” rather than those of “meines,” and the ornamental figure in m.12 might better serve to emphasize “Sorgen” than “neuen.” Nevertheless, the minor mode and the numerous appoggiaturas give this Italianate vocal line an expressive quality very much in keeping with the mood of the poem.

Do you rouse me, daylight, to more miseries

Which reawaken all my longing,

When, in my small room,

My wife and baby sleep in peace?

Ye new sorrows, strike only me;

For ah, the last thing she viewed was grief.

Now sleep peacefully; may the sorrow of life,

My child, strike you never so late!

You will feel how my lamentations

Intercede for you in vain.

Soon your naked limbs will be

Fiercely attacked by every storm;

Soon hunger will once more assail you,

Hunger which even my wife cannot assuage.

Slumber, beloved of my youth;

Feel not the want that troubles me.

It is present, for diligence and virtue

No longer shield me as once they did.

I can save neither child nor wife;

Only you, merciful God, can do so.

The chains that bind me.

I shall go quietly

Along the rough path of accustomed pain,

And pray to you today, as before,

For bread and blessings for child and wife.

Child, how it penetrates my being.

These, the deepest pains of all,

Surely, Lord, must move you.

The many minor triads and melodic ornaments in Paradis’s popular “Sicilienne” lend it a sweetly sentimental flavor. Since neither the original manuscript nor any eightcenth-ccntury editions of this work exist, a modern editor, Samuel Dushkin, relying on a manuscript copy of the piece found in the library of a German publishing firm, arranged the “Sicilienne” for violin or cello and piano, and for piano alone. A lcss-familiar transcription, by Pierre Paubon, for flute and piano is presented here.

The charm of Paradis’s “Sicilienne” lies in its melody, particularly in the unexpected chromatic inflections and in the irregular extensions of phrases that lend a spun-out quality not often found in music of this time (see, for example, mm.5 — 10 and especially mm. 15-22). The simple chordal accompaniment of the “Sicilienne” merely establishes an atmosphere in which this melodic gem can work its touching magic.

Version for violin and piano:

Version for cello and piano:

Biographical articles in The New Grove Dictionary of Music and Musicians and Die Musik in Geschichte und Gegenwart. 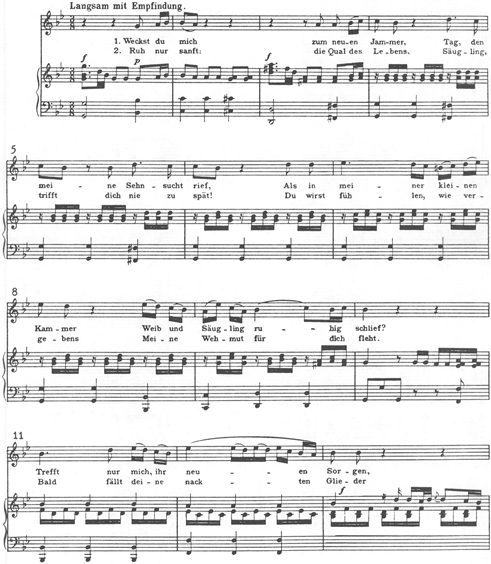 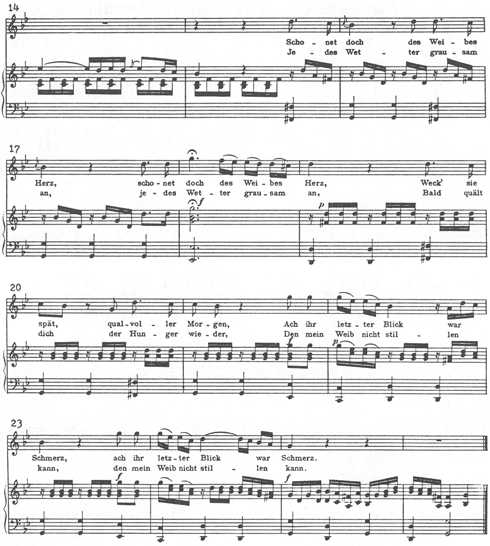 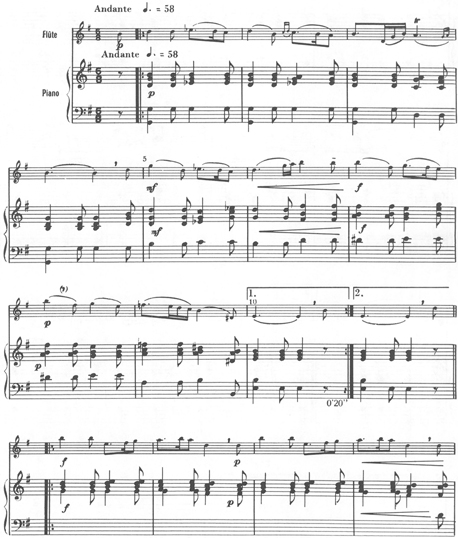 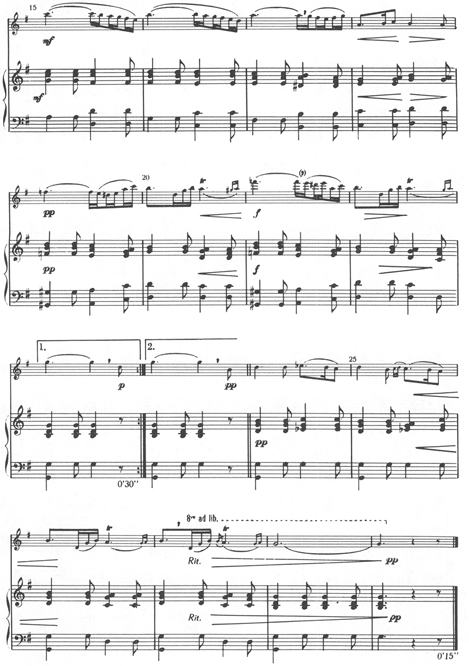 Historical Anthology of Music by Women